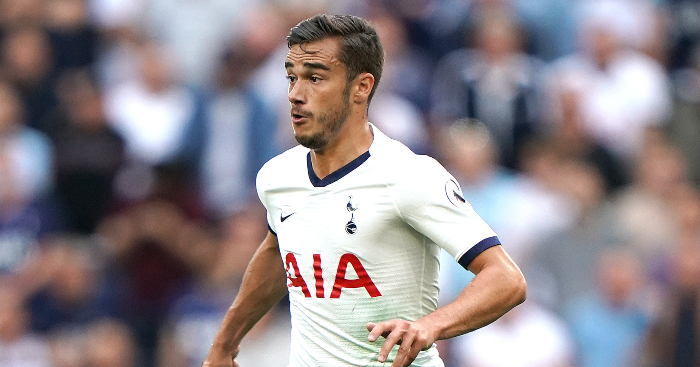 Harry Winks produced a typically composed performance as Tottenham came from behind to beat Aston Villa 3-1 – and one moment in particular summed up the midfielder’s class.

Spurs trailed at half-time to newly-promoted Villa, who took a surprise early lead through John McGinn, only for the hosts to score three times in the final 20 minutes.

Tanguy Ndombele fired home from the edge of the area on his competitive debut before Harry Kane bagged a late brace to give Tottenham all three points in their opening match of the Premier League campaign.

Winks, meanwhile, was assured next to Ndombele in central midfield and showed his maturity in the first half by producing an excellent tackle to stop an Aston Villa counter attack before having the skill to beat an on-rushing defender to keep Spurs on the front foot.