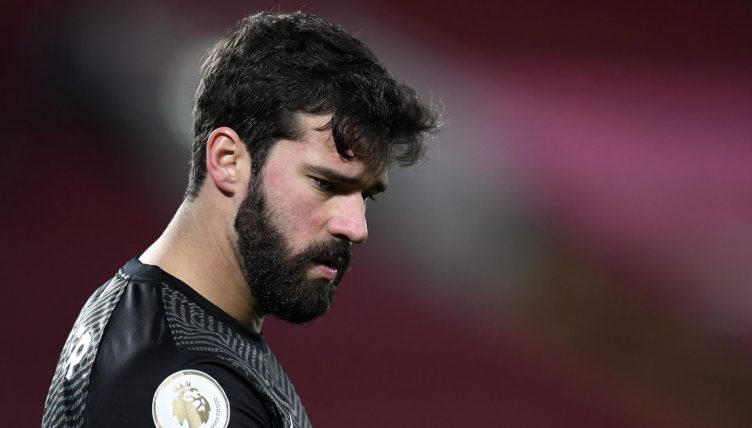 Liverpool‘s Alisson Becker was fortunate not to concede a penalty during the opening stages of their Premier League clash against Wolves.

Despite being one of the best goalkeepers in the world, Alisson has endured a difficult season, making three errors leading to an opposition goal.

Within the opening 60 seconds at Molineux, the Brazil international dropped a simple cross into the path of Nelson Semedo.

He then went to grab the loose ball but bundled the Wolves wing-back to the ground, making no contact with the ball whatsoever.

The referee waved play on and VAR clearly didn’t deem it to be a foul.

“I can’t believe it’s not been given as a penalty, Liverpool have got away with one,” Jamie Carragher said in the Sky Sports studio.

The Reds then took the lead through former Wolves forward Diogo Jota on the stroke of half-time.

Watch: Alisson scores in Liverpool training after pulling off brilliant save