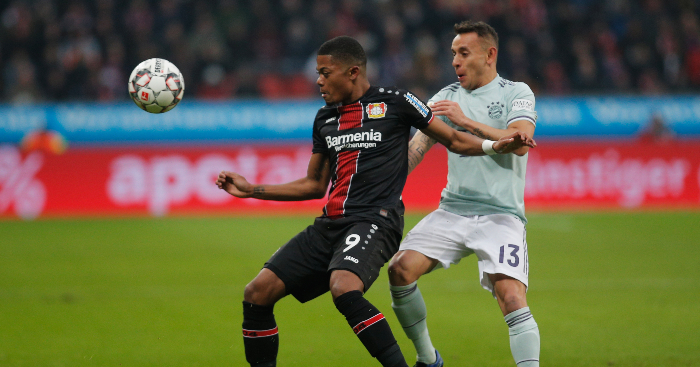 Bayer Leverkusen’s Leon Bailey has already received plenty of attention. With this free-kick, he reminded us why.

The 21-year-old talent added another special moment to his highlights reel on Saturday afternoon against Bayern Munich.

Bailey’s had a relatively quiet campaign after breaking through last season, but showed once again why some of the biggest clubs in Europe have an eye on him.

This stunning free-kick, a long-range effort that left Sven Ulreich helplessly scrambling as it sailed past, equalised for Leverkusen to make it 1-1.

Leverkusen would go on to beat Bayern 3-1. It was a dramatic afternoon in the Bundesliga title race as Dortmund also dropped point in a 1-1 draw with Eintracht Frankfurt.