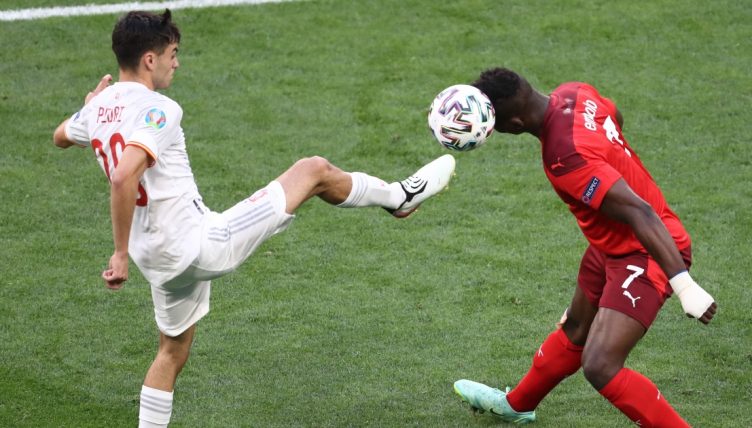 The 18-year-old has become an increasingly important player for both club and country after a breakout 2020-21 season.

And Pedri provided another reminder of his immense talent with his moment of skill during the Euro 2020 quarter-final in Saint Petersburg.

After receiving the ball from his team-mate Pau Torres, Pedri had a brief look around before finding another white shirt with an intelligent pass.

Spain went on to win the penalty shoot-out after a tense 1-1 draw and will play Italy in the semi-finals on Tuesday.

Some people would question whether the Barca man meant to pull that off, but we have no doubt it was exactly what Pedri intended.

His team-mates would share our conclusion. Speaking on Thursday before the game, Alvaro Morata told Cadena SER: “When we were on the plane yesterday I told him he’s playing a Euros before he can drive! Yet he plays like he’s 40 years old.

“He’s only 18 but has a personality and attitude that few possess. Pedri will become one of the best players in the history of Spain without a doubt.”