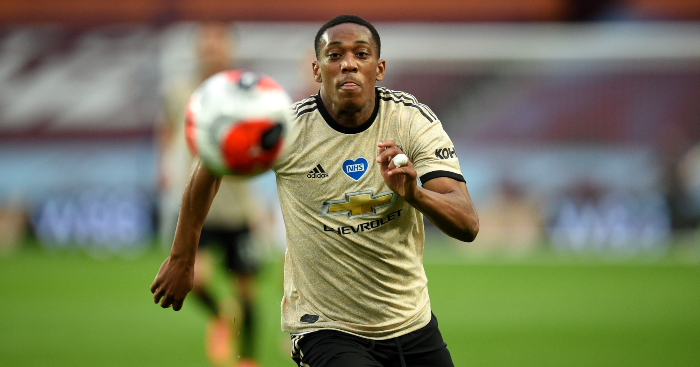 Anthony Martial may not have got on the scoresheet in Manchester United‘s 3-0 victory over Aston Villa, but the forward still had a productive game in ways he is not often given credit for.

The France international hustled Tyrone Mings off the ball and provided the final pass for Greenwood’s stunner. And while he may have been criticised for his attitude and work rate in the past, more good work out of possession almost led to his own superb goal in the second half.

He intercepted a pass aimed towards Conor Hourihane before playing a neat one-two with Fernandes, only to see his strike cannon back off the crossbar.

If this went in, it might have been too much for United fans to handle.