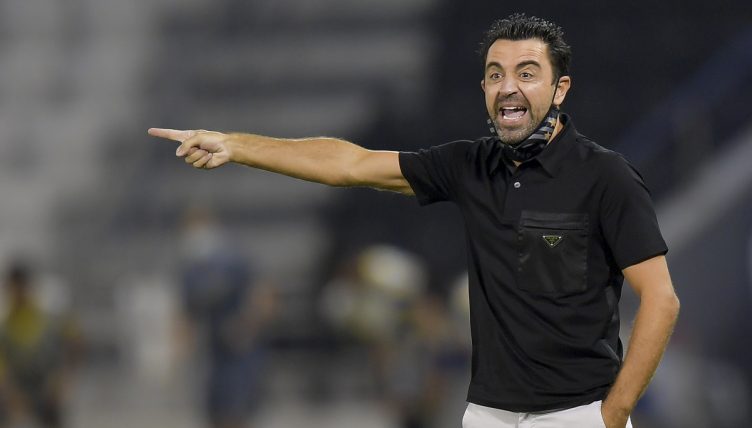 Former Barcelona player Xavi emotionally embraced each of his Al-Sadd players at the end of their match today as rumours persist about his potential move back to Camp Nou as manager.

The Spaniard had a 17-year senior career with Barcelona as a player before moving to Al-Sadd where he then became manager of the Qatari side after retiring in 2019.

The midfielder is a legend at the Catalan club with whom he won eight La Liga titles and four Champions Leagues in a remarkable career. He also won a World Cup and two European Championships with Spain.

In the video, Xavi smiles and hugs his team after a 3-3 draw, as rumours about his future suggest his time is coming to an end in Qatar.

Xavi has been heavily linked with a move back to Camp Nou since Ronald Koeman was sacked following Barcelona’s poor start to the season.

As a manager, Xavi has won a Qatari top-flight championship and two Qatar cups in his debut managerial stint with Al-Sadd.

“I’m really excited about coming home, hopefully it can happen,” he told reporters.

“Now the two clubs have to negotiate. They know my position.”

Xavi after the game tonight pic.twitter.com/u07WoGIjmB