Watch: Xavi, Iniesta and Busquests vs Modric, Kroos and Casemiro 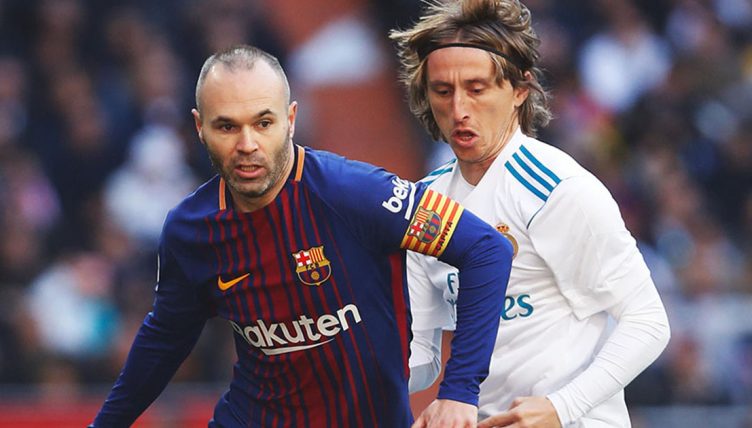 After claiming another Champions League title, Real Madrid’s midfield trio have cemented their legacy as one of the most iconic trios of all time, but how do they stack up against Xavi, Iniesta and Busquests?

In our latest YouTube video, we stacked the two legendary trios up against each other and reacted to some of their best bits.

Xavi, Iniesta and Busquets were a dominant force for both Barcelona and Spain from 2008 to 2015.

Known for their tiki-taka playstyle, they would make the opposition suffer without the ball.

In the 2011 Champions League final against Manchester United, Barcelona dominated possession with 67% in one of the most iconic finals we have ever seen.

Real Madrid’s success in Europe cannot be underestimated though.

After beating Liverpool, Luka Modric claimed his fifth Champions League title, with four of them being alongside Toni Kroos and Casemiro.

While Barcelona’s iconic midfield trio was the pinnacle of tiki-taka football, Real Madrid’s trio will win a game by any means necessary.

Luka Modric’s longevity also has to be taken into consideration.

The Croatian playmaker is still at the top of his game at 36-years-old and he doesn’t look like slowing down any time soon.

There’s no doubt that each of these legendary trios will be remembered as legends of the game in years to come.