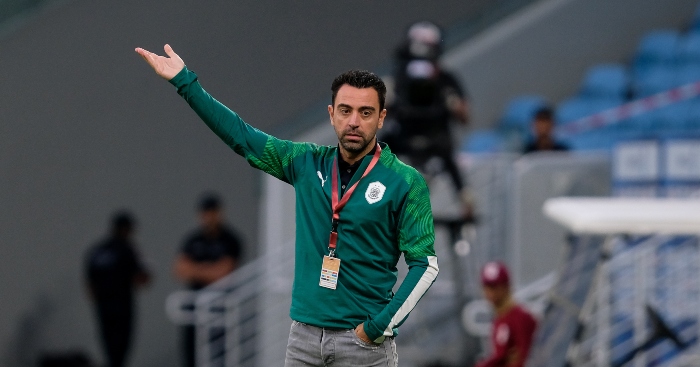 Despite being a relatively new manager, Barcelona legend Xavi already has his Al Sadd side playing football that Pep Guardiola would be proud of.

He became head coach of the Qatari outfit after hanging up his boots in 2019 and led his team to three domestic trophies in his debut season.

The 40-year-old rejected the offer to coach his former club back in January when they sacked Ernesto Valverde but continues to be linked with the Camp Nou hot seat.

“There’s a lot of external noise around the club, a lot of issues off the pitch and I don’t think now is the right time,” Xavi told Icon magazine in August 2020.

“In January I told them it wasn’t the right time and they haven’t contacted me since. I’m delighted to continue to gain experience and challenge myself and of course, it’ll be a privilege for me to one day coach Barca.”

Al Sadd are currently first in the Qatar Stars League and they play beautiful ‘tiki-taka’ football if their recent goal against Al-Gharafa is anything to go by.

They played out from the back and dragged the defence out of position before Baghdad Bounedjah finished the move and the goal was allowed to stand following a VAR review.

17 of the best quotes about Xavi: ‘There will be a Before Xavi and an After Xavi’