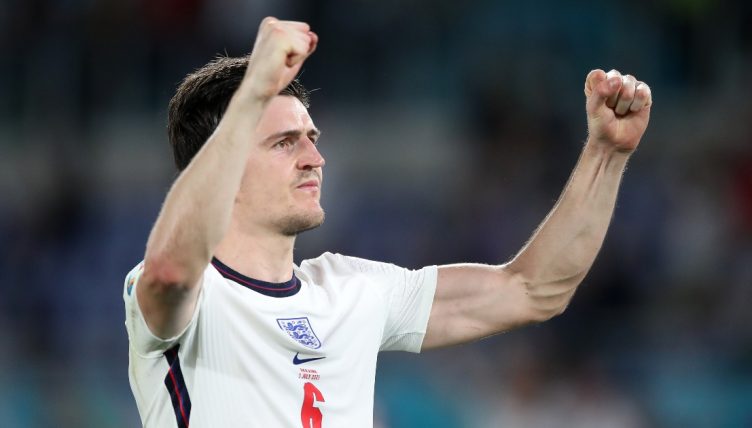 England thrashed Ukraine 4-0 in their Euro 2020 quarter-final on Saturday but our attention was drawn to a bizarre incident involving Manchester United captain Harry Maguire during the first half.

Maguire scored his first goal of the tournament as England demolished their opponents in what had been billed as a tricky quarter-final.

And the United skipper clearly rubbed West Ham’s Andriy Yarmolenko up the wrong way during a strange cameo in injury-time.

After some fairly standard pushing and shoving, Yarmolenko furiously tried to prevent team-mate Roman Yaremchuk from shaking hands with his opponent.

Referee Felix Brych eventually defused the situation and allowed Yaremchuk and Maguire to kiss and make up.

But the arguing between the Ukraine captain and the England defender carried on as the teams trooped off for half-time.

England will be in buoyant mood following the thumping victory in Rome and will now face Denmark in Wednesday’s semi-final at Wembley.