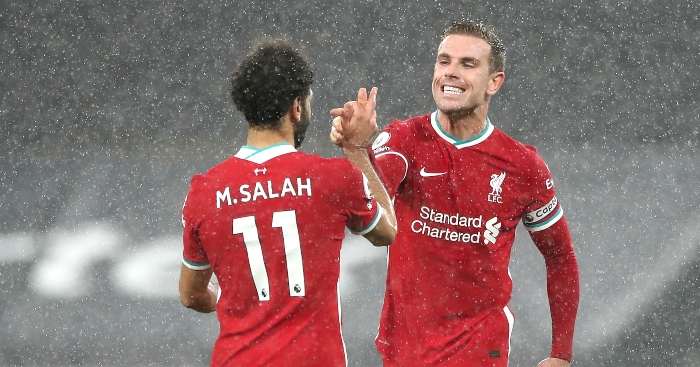 After inheriting the Liverpool armband from Steven Gerrard in 2015, Jordan Henderson has consistently demonstrated his leadership qualities.

Having led the Reds to Champions League glory in 2018-19, Henderson then captained them to their first Premier League title in 2019-20.

Despite starting at centre-back due to Liverpool’s injury problems, he still played a pivotal role in their 3-1 win over Tottenham on Thursday.

During a clip released by the club, the 30-year-old can be he heard praising his team-mates and shouting instructions throughout the game.

13 of the best quotes on Jordan Henderson: ‘The perfect role model’