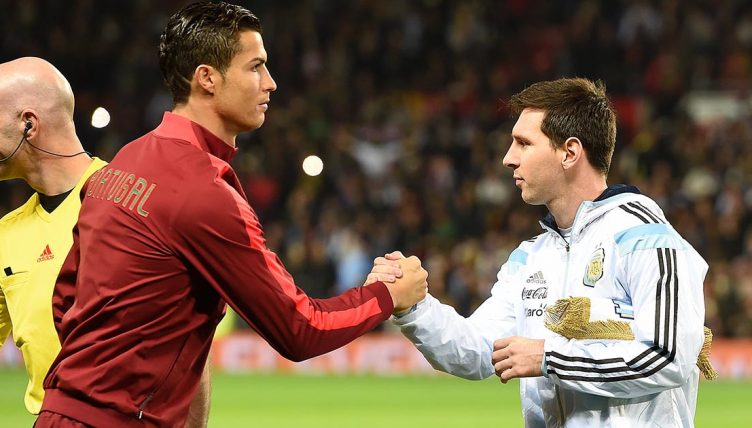 As the Messi v Ronaldo era is slowly coming towards its conclusion, we thought we travel back to the start of their careers in our latest football reaction on YouTube.

Ben has already checked out the Pele v Maradona and Keane v Vieira debates, but now it’s time for the big one as he weighs up Messi and Ronaldo’s early years.

They each went on to dominate the world stage, winning a combined 12 Ballon d’Ors between them.

Cristiano Ronaldo burst onto the scene with Sporting CP in 2002 before he was quickly snapped up by Manchester United in the summer of 2003.

Ronaldo’s early years were exhilarating to watch as he would burst past defenders and he had the showmanship and confidence to dance his way through the Premier League.

Ronaldo took his game to another level in the 06/07 season as he went on to score 17 Premier League goals – the first time he hit double figures in the league.

Messi’s early years also somewhat parallel Ronaldo’s journey. As a graduate of Barcelona’s academy, Messi made his first-team debut in 2004/05, but it wasn’t until 2006/07 that he fully established himself as a key player for Barcelona.

In 2006 an 18-year-old Lionel Messi terrorised Jose Mourinho’s Chelsea in the Champions League and there was no looking back from Messi after this.

Ben has grown up in the era of Messi v Ronaldo, but he just missed the start of their careers and so we’ve filled him in here on our latest football reaction battle on YouTube.