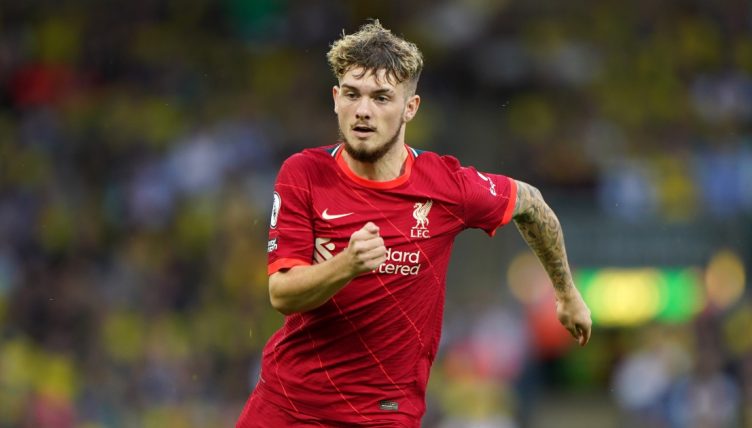 Harvey Elliott continued his impressive start to the season for Liverpool with a long-range shot that flashed just inches past the post against Chelsea.

Having spent last season on loan at Blackburn Rovers, Elliott has been given a more prominent role by Jurgen Klopp this season and looks intent on repaying his manager’s faith.

And the 18-year-old almost scored with a sensational strike against the European champions on Saturday evening.

After combining with Mo Salah, Elliott drove a 25-yard shot which flashed just past Edouard Mendy’s left-hand post. The effort was greeted with acclaim from a packed Anfield, who must be salivating at the early season performances of their young starlet.

Moments like these are getting everyone’s attention – Elliott received his first call up for the England U21 squad this week and Gareth Southgate is reportedly a huge admirer of the midfielder.

“Harvey is a player we have been aware of for a while. It was really good seeing him go out on loan to Blackburn. I watched a lot of his games at Blackburn,” said new England U21 boss Lee Carsley.

“You are always cautious to see how they will get on in a first-team environment especially in the Championship which is a tough physical league. I thought he was very good.

“He has obviously carried that on in pre-season and showed that by getting minutes at Liverpool which is not an easy team to get into. It is the right time for Harvey to come in.”

Harvey Elliott has made a blistering start to the game!