Watch: Youngster invades the pitch to get Erling Haaland’s autograph 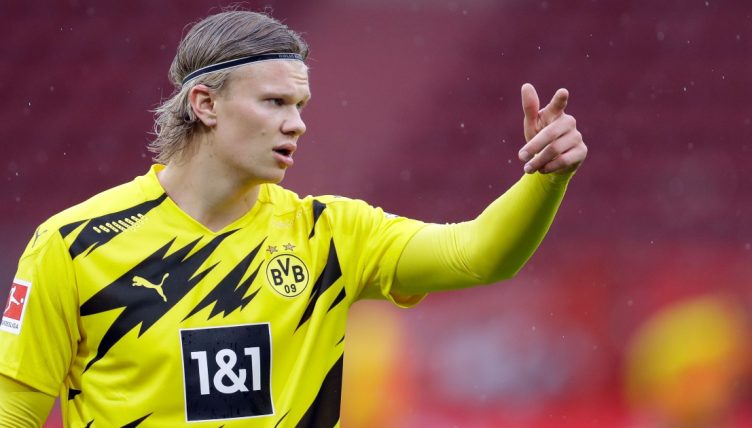 A young supporter interrupted Borussia Dortmund’s friendly with Athletic Bilbao on Saturday – in order to get Erling Haaland’s autograph.

Haaland has quickly established himself as one of world football’s hottest strikers, scoring a ridiculous 126 goals in 170 career appearances to date.

And one youthful fan couldn’t waste the opportunity to grab the Norway international’s signature.

With the match heading towards half-time, Athletic forward Jon Morcillo prepared to take a corner.

But proceedings had to be paused while Haaland gave a young fan a memento he’d never forget.

After giving his signature, the striker guided the supporter off the pitch while the supporters in the stadium applauded.

The youngster looked apprehensive when a policeman approached him but he was gently guided away by the authority figure.

Haaland has been strongly linked with a move to Chelsea this summer, with reports that Roman Abramovich is prepared to spend £130million to lure the Dortmund man to Stamford Bridge.