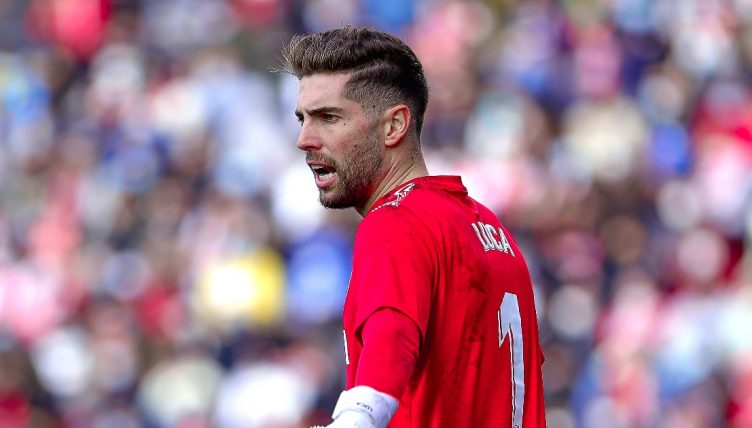 The table-toppers had to show grit and determination in the local derby against their city rivals, but were rewarded for their determination through an 83rd-minute match-winner from Karim Benzema.

“I am happy for him. For his debut here, with a victory. But that is Luca, he is the third keeper,” Zidane senior said back in 2019 after handing Luca a rare appearance for Real Madrid in a 3-2 victory over Huesca in April 2019.

“Thibaut [Courtois] was out, and I wanted to give Keylor [Navas] a rest after playing with his country. It came out well.

“I was not picking my son, but a player in Real Madrid’s squad. I see him as one other player for the team.”

The goalkeeper moved to Madrid-based side Rayo Vallecano in the summer of 2020. He was a fringe player last season as they achieved promotion from the Segunda Division, but has increasingly received opportunities for Rayo in recent weeks.

The Marseille-born 23-year-old was sent off in his first La Liga appearance of the campaign, a 3-0 defeat to Sevilla back in August, but has enjoyed a better time of it since.

He produced a solid performance against his former side, who had to work hard to come away from Vallecas with a narrow 1-0 win. This was the best of his five saves.

What a save from Luca Zidane! 📛

In one pirouette, Zidane showed why sometimes it’s better not to score