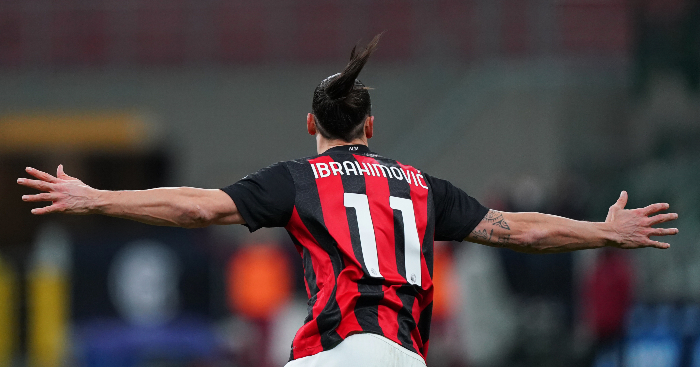 Not for the first time in his career, Zlatan Ibrahimovic has proved to be the man for the big occasion in the Milan derby, scoring the opener.

Ahead of the big Coppa Italia quarter-final between Serie A’s top two, we ranked all 26 of the players for both clubs over the past 25 years and are feeling pretty smug about our number one choice.

There were some incredible names on the list, including Andrea Pirlo and Clarence Seedorf, but it could only have been Zlatan, who was played a pivotal role in winning the Scudetto and at the age of 39 is helping take Milan back to their glory years.

He provided yet another example of his timeless brilliance in tonight’s match, doing well to take the ball down on the edge of the box before a clinical strike into the bottom corner.

Who else but Zlatan?

Milan's 39-year-old talisman finds the bottom corner out of nowhere to give his side to lead in the Coppa Italia vs. Inter! 🦁 pic.twitter.com/kXgZ758oXV