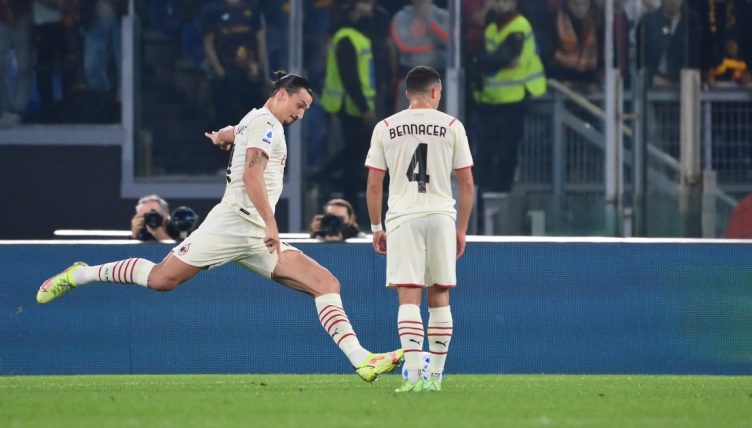 Zlatan Ibrahimovic came back to haunt former manager Jose Mourinho by scoring for AC Milan against Roma at the Stadio Olimpico.

Mourinho and Ibrahimovic won the Serie A title together at Inter Milan in 2008-09 before reuniting at Manchester United in 2016.

The Sweden international is now 40 years old but has shown no signs of slowing down and remains a key player for the Rossoneri. He started against Roma and broke the deadlock with a brilliant free-kick in the 25th minute.

It was his 400th goal in domestic leagues and it comes almost exactly 22 years after his first in October 1999.

“The secret to my longevity is in the mind, as I am trying to prove that 40 is just a number and I can continue to do what I love,” Ibrahimovic recently told Telefoot when discussing his future.

“I want to keep improving every day. Obviously, I can’t play the way I did before, but I am more intelligent now and have more experience. I am not surprised by my performances, I am the best.

“I have nothing more to prove, but I don’t want to retire and then regret it, thinking I could’ve continued. I don’t want to stop until I am kicked out, well and truly finished.”