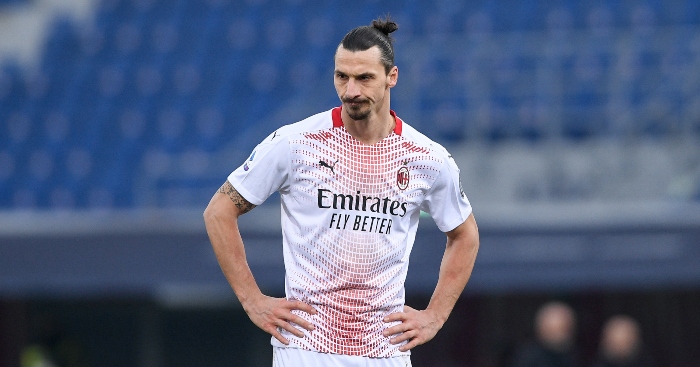 Despite being 39 years old, Zlatan Ibrahimovic continues to prove that he can score in ways which appear physically impossible.

Ibrahimovic returned to AC Milan in January 2020 and has been in brilliant form this season, netting 14 goals in 16 appearances in all competitions.

The striker has enjoyed an eventful start to 2021, mocking Atalanta’s Duvan Zapata before getting involved in a heated war of words with Romelu Lukaku during the Milan derby.

After those controversies dominated the headlines, he gave a timely reminder of his incredible ability during a recent training session.

Ibrahimovic has been renowned for scoring spectacular goals throughout his career and used his acrobatic abilities to put the ball in the back of the net.

Watch: ‘F*ck you & your wife’ – Lukaku and Ibrahimovic have furious bust-up