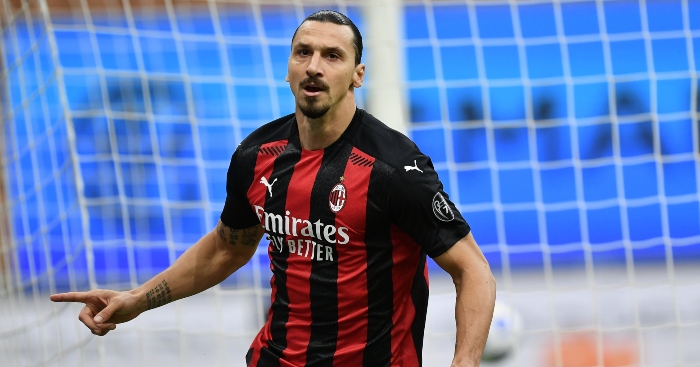 AC Milan’s Zlatan Ibrahimovic is showing no signs of slowing down, scoring twice in their 2-1 win over Inter Milan.

After missing four games through illness, Ibrahimovic returned to Milan’s starting line-up for the derby against their city rivals.

The 39-year-old put Stefano Pioli’s side in front after 13 minutes, tapping the ball in from the rebound after his penalty was saved by Samir Handanovic.

He then doubled their lead just three minutes later, firing a perfect first-time finish past the goalkeeper.

Romelu Lukaku pulled one back for inter in the 29th minute but Milan held on for their first win over Inter since 2017.

Zlatan with the opener for AC Milan in the derby! 🔴⚫

On his return to health, Ibrahimović won the penalty, had it saved by Handanovič, but was first to the rebound to score 🔥 pic.twitter.com/mFhihs8uyP

Milan top after 4 games following some shrewd recruitment and an excellent spell of form under Stefano Pioli.#MilanDerby #ACMilan #InterMilanpic.twitter.com/Ab6GY2Gjzy

Now we've really got a game on our hands! 👀

Romelu Lukaku pulls one back for Inter after Zlatan Ibrahimović's early brace 🔵⚫ pic.twitter.com/zuVMSfgVYo

AC Milan have won all four Serie A games so far this season and currently lead the standings with 12 points.