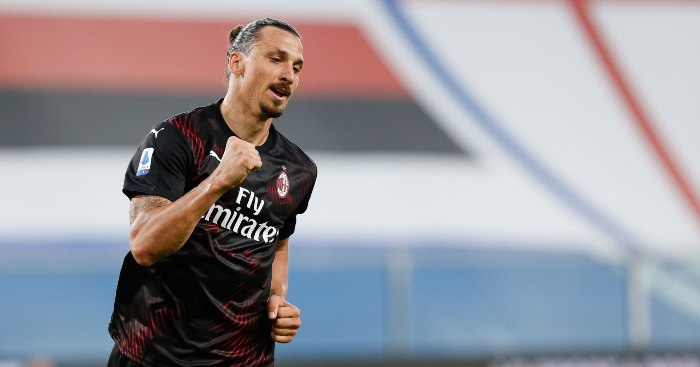 Zlatan Ibrahimovic became the first player to score 50 Serie A goals for both Inter and AC Milan as the striker bagged a brace in the latter’s 4-1 victory over Sampdoria on Wednesday night.

Despite approaching his 39th birthday, Ibrahimovic has made a huge difference since joining Milan on a short-term deal in January.

His nine goals and five assists have inspired a turnaround of fortunes under Stefano Piolo and prompted reports he could remain at the club next season.

After scoring twice against Sampdoria, he compared himself to Benjamin Button, adding: “People tell me I’m old and tired but I’m just getting warmed up.”

Ibrahimovic gave Milan the lead after just four minutes with a sharp header from close range to mark his 50th league goal for the Rossoneri over two spells.

Ibrahimović gets Milan out to an early lead against Sampdoria 🔴⚫ pic.twitter.com/MzPB7gKTkY

He then bagged his second of the night in the 58th minute to make the score 3-0, marking his second double in three appearances.

For the 2nd time in his last 3 games, Zlatan Ibrahimović has a double! 😍

What a signing the 38-year-old has been for Milan 🔥 pic.twitter.com/TZJMczR0RB