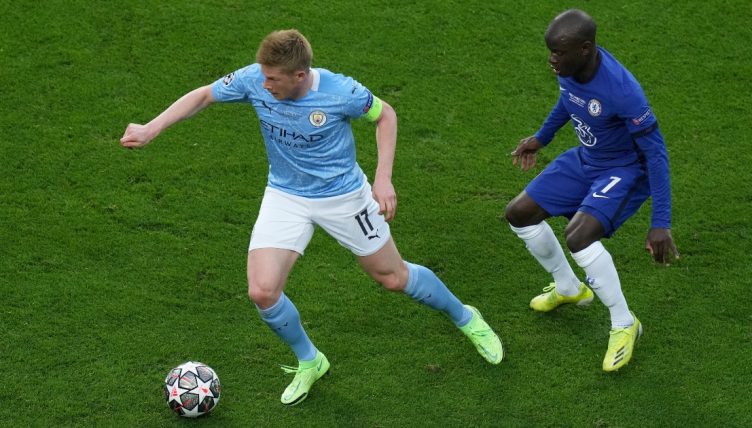 Kante was immense as Chelsea secured a 1-0 win over pre-match favourites Manchester City in Porto on Saturday night.

Club captain Cesar Azpilicueta told reporters: “He does everything, he brings so much energy. The way he drives the ball forward, he covers so much ground.

“For him as well after winning the World Cup, winning the Champions League, he’s so humble as a person, and I’m just so happy for him.

“He’s a massive part of this team so I’m so happy to have him next to me.”

And the France international eschewed the more flamboyant celebrations of his teammates to share a heartfelt moment with those closest to him.

His mum came on the pitch to embrace Kante in a warm hug in the aftermath of the game.

This was followed by the appreciation of futher family members as Kante soaked in what he had achieved.

This is beautiful ❤️