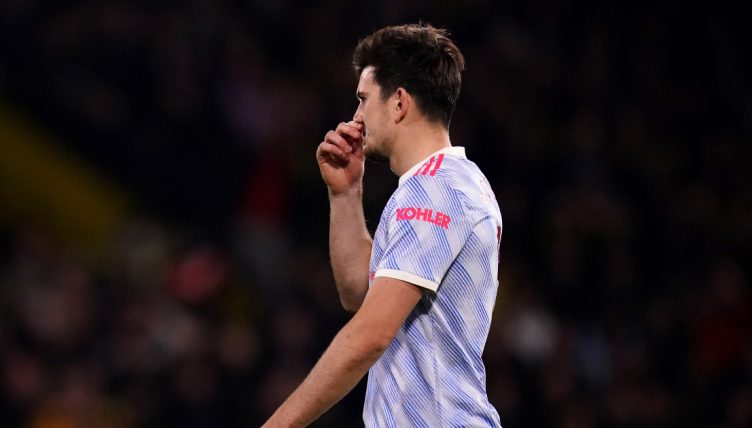 Harry Maguire’s attempted challenge on Tom Cleverley after he had a poor touch with the ball earned him a second yellow card and his marching orders as United went down to 10 against Watford.

Manchester United went in at halftime two goals down thanks to goals from Joshua King and Ismaila Sarr.

Substitute Donny Van de Beek clawed one back for United, who looked much better in the second half. However, momentum was lost when Maguire earned his second yellow in the 69th minute.

Completely isolated, Maguire took a heavy touch which former United player Cleverley was quick to pounce on before Maguire could regain control of the ball.

In a clumsy, desperate effort to take the ball away from Cleverley, who would have been through on goal if he had got past the centre-back, Maguire lunged in and failed to get the ball.

It earned him his second yellow card and meant United would play the rest of the match with 10 men.

Maguire thought he was back in Greece with that tackle pic.twitter.com/jzxkrD7wco