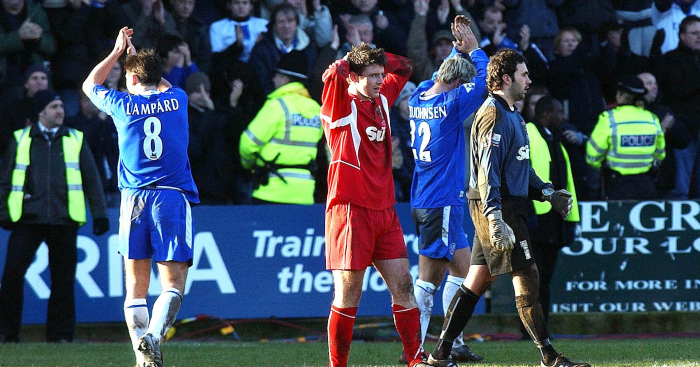 As Frank Lampard discovered while plundering goal after goal from Chelsea‘s midfield, there are few more satisfying sensations in life than connecting sweetly with a football.

There’s something uniquely alluring about that pinging sound and the feel of the ball as it leaves your foot as opposed to the thud we usually make when we shank it out of play yet again.

Roberto Carlos spent a career chasing that rush of striking a ball incredibly hard into the back of the net with a precision that quite literally left physicists baffled.

“Although physics explain perfectly the ball’s trajectory, the conditions in that moment, such as the power of the kick, the point of impact of Roberto Carlos’ foot on the ball, and the distance to the goal, were so rare that we can call that a miracle,” professor Luis Fernando Fontanari of the University of Sao Paulo told ESPN in 2017.

Fontanari was talking specifically about that free-kick against France in 1997’s Le Tournoi. Of course, Roberto Carlos was never able to recreate that masterpiece, but it didn’t stop him trying in pretty much every game he ever played subsequently.

Frank Lampard actually came close, albeit from open play rather than a dead ball scenario, and it took place in the rather inauspicious surroundings of Scarborough.

Chelsea were drawn against the non-league outfit in the fourth round of the 2003-04 FA Cup, scraping to a 1-0 win thanks to John Terry’s 10th-minute goal.

The game would have been remembered very differently, however, if Lampard’s 40-yard effort in the first minute had swerved into the top corner rather than the face of the post.

The trajectory of the strike is almost identical to Roberto Carlos’ goal against France, so much so just check out the Scarborough fan ironically celebrating what he first believes to be an embarrassingly wayward shot.