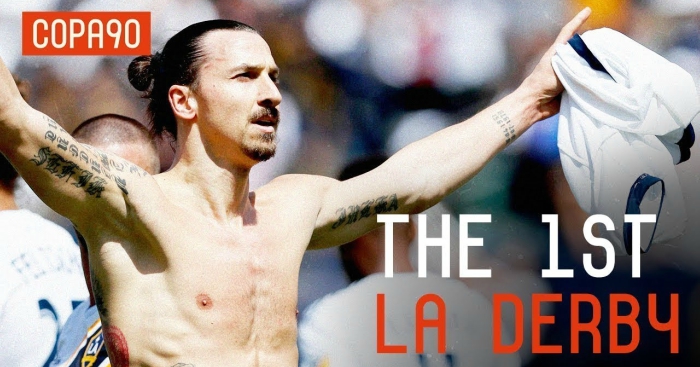 Zlatan Ibrahimovic may have stole the headlines in the first ever El Trafico, but the rivalry between LA Galaxy and LAFC runs deeper than you may have realised.

Having moved to LA Galaxy after leaving Manchester United, Ibrahimovic made a Hollywood entrance on his debut, coming off the bench to help his new club come back from 3-0 down to win 4-3, lobbing the goalkeeper from 40 yards and scoring a stoppage-time winner in the process.

Our friends at COPA90 were there to document the first meeting between the two clubs, meeting ultras for both sides of the support and delving into the background of why the rivalry already has a heated history.

“They have classed their team as being the urban, gritty, inter-city team,” Kevin Baxter, sportswriter for the LA Times, says of LAFC. “They wear black. They play downtown at the Colliseum.

“The Galaxy already had an identity and LAFC wanted to be something different so in a sense they took everything the Galaxy wasn’t and claimed that as their own.”

Watch the brilliant mini-doc in full below.